On August 29th, 2017, the U.S. Department of Housing and Urban Development announced big changes to the Home Equity Conversion Mortgage (aka Reverse Mortgage or HECM). The October 2nd Reverse Mortgage Changes will have a pretty big impact on potential borrowers. Some of the changes are good and some are not so good.

There are several reasons for the changes, but first and foremost the intent is to replenish the FHA Mutual Mortgage Insurance Fund. The MMI fund is basically underwater due to losses over the last few years. One alternative could have been to suspend the HECM program. The good news is that rather than suspend the program, the October 2nd reverse mortgages changes are being made to right-size the MMI fund. In other words, get the fund into the black and more importantly keep the program alive.

Again there are some good changes, but for the most part the changes will negatively impact prospective reverse mortgage borrowers.

Here is a list of what’s being changed on the reverse mortgage program:

2. The Wall Street Journal1 reported that “The average borrower at current interest rates will be able to borrow roughly 58 percent of the value of their home, down from 64 percent.” Many older homeowners NEED as high of a loan as possible just to pay off their existing loan. Access to smaller amounts of reverse mortgage proceeds will adversely impact a large portion of older homeowners seeking a reverse mortgage.

4. Also, the expected rate floor used to be 5.06%. Along with a prospective borrower’s date of birth and home value, the EIR also plays a role in how much you can borrow. Now, they’ve lowered that to 3.0%. This sounds good, but in reality it means that homeowners will be able to borrow less. This is especially true if rates rise (the expected rate is based on the 10 year LIBOR SWAP and a margin). This is definitely NOT a good change as far as homeowners are concerned (particularly if they are not equity rich).

There Were Also A Couple of Reverse Mortgage Purchase Changes

5. There was another change that occurred that wasn’t necessarily part of the October 2nd Reverse Mortgage Changes (From September 19th). Up until now, if you were doing a reverse mortgage purchase transaction, you could not do the application prior to issuance of the certificate of occupancy (referring to new homes obviously). This changed last month. This was a huge win for the HECM for purchase program.

6. Also, up until now, seller concessions were not allowed on HECM for purchase transactions.
The October 2nd Reverse Mortgage Changes are both good and bad for older homeowners. For the most part, the take away is that most prospective borrower will have slightly less borrowing power. On the other hand, the loan program will still have the best benefit of all – The ability to borrow money and NOT make a monthly mortgage payment. Naturally, you will still need to pay your taxes and insurance.

Find out more about the cost of from Reverse Mortgage Loan Advisors at info@ReverseMortgageLoanAdvisors.com

What changes are in store for reverse mortgage loans in 2020? 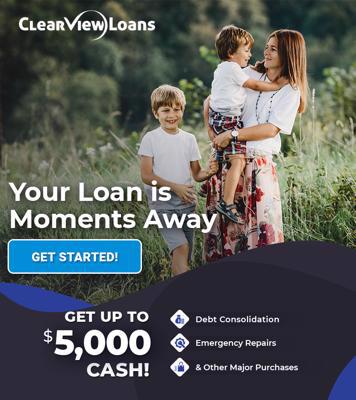 Affiliate Disclaimer – This website contains affiliate links. If you purchase from any links on this site, I earn a commission at no charge to you.

www.ReverseMortgageLoanAdvisors.com Is not a lender, bank, or mortgage broker, nor is it affiliated with HUD or FHA. Reverse Mortgage Loan Advisors is simply a website designed to offer information about the FHA insured reverse mortgage program. However, the owner of the site is licensed as a reverse mortgage specialist in several states. Anyone that inquires and requests more information may be contacted by the owner of this site. If the owner of this site is not licensed to conduct business in the state you reside, one of our affiliates will contact you instead.

Affiliate Disclaimer - This website contains affiliate links. If you purchase from any links on this site, I earn a commission at no charge to you.